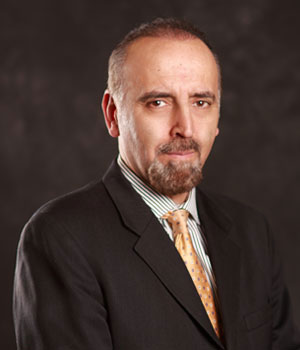 In addition, Mr. Catafago, listed in Who’s Who in American Law, clerked for the Federal Court Pro Se Office, served as a State Court Mediator, and simultaneously worked for two different law firms, all while in school.

At the powerful law firm of Rogers & Wells (now the largest in the world), Mr. Catafago led a team of litigation attorneys and paralegals representing Integrated Resources, Inc.

On December 1st, 1992 an article entitled “Punitive Damages in Breach of Contract Cases,” written by Mr. Catafago, was published on the first page of the New York Law Journal ,

On August 22, 1996, Mr. Catafago obtained the highest punitive damage jury verdict ever in a section 1983 Civil Rights case. The lawsuit was brought on behalf of a victim of abuse in a homeless shelter against Borg Warner Protective Services, Inc., the largest security guard company in the world. The case was reported in the New York Law Journal, the American Association for Justice Reporter, and was listed on the first page of the New York Jury Verdict Reporter.

Mr. Catafago successfully represented Aaron J. Broder in a case against F. Lee Baily in the United States District Court for the Southern District of New York, reported in the National Law Journal and other publications. Broder is past President of the New York State Trial Lawyers’ Association, and was named one of the nation’s top-10 litigators by the National Law Journal. Mr. Catafago also accompanied Broder to a conference in Paris to address the French and American families of the TWA Flight 800 victims. Attendance at this conference, which was sponsored by the French Government, was a great honor, as only four law firms in the entire country received an invitation to attend.

A number of Federal and State court cases worked on by Mr. Catafago have been reported, one by the United States Supreme Court; another, Roche v. Bolar involved a critical aspect of patent law, which the United States Congress eventually addressed by explicitly reversing, in Mr. Catafago’s favor, the effect of the Roche decision. Other cases handled by Mr. Catafago that have been reported on the first page of the New York Law Journal and theNew Jersey Law Journal have involved the estate of the famous German expressionist Max Beckman, and another involved certain technical aspects of patent law. Additionally,Billboard Magazine and other publications, including the New York Daily News and the New York Post, featured articles about a $30 million intellectual property federal lawsuit as well as a $50 million lawsuit commenced by the firm.